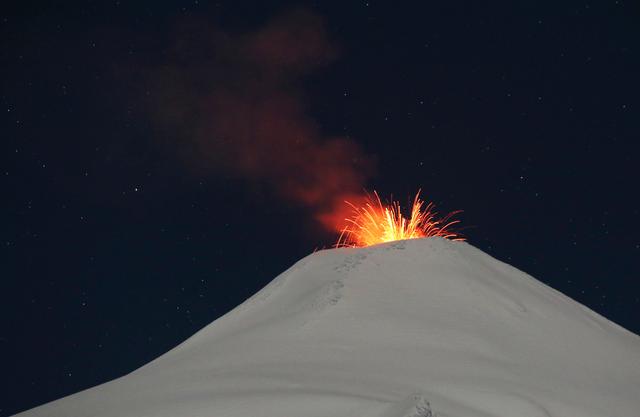 The Villarrica volcano spews lava at night, as seen from the town of Pucon, Chile. REUTERS/Cristobal Saavedra 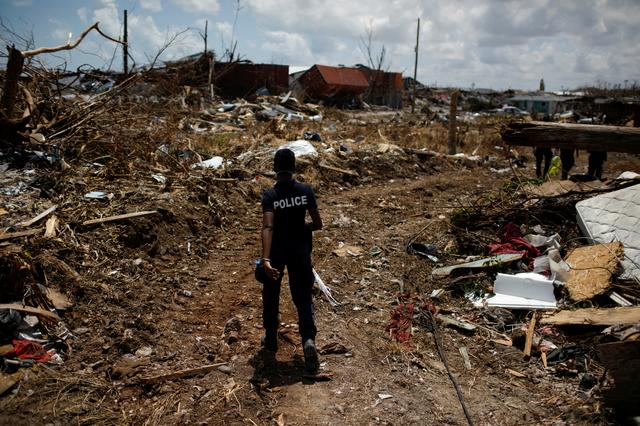 A police officer searches for the dead in the destroyed Mudd neighborhood after Hurricane Dorian hit the Abaco Islands in Marsh Harbour, Bahamas. REUTERS/Marco Bello 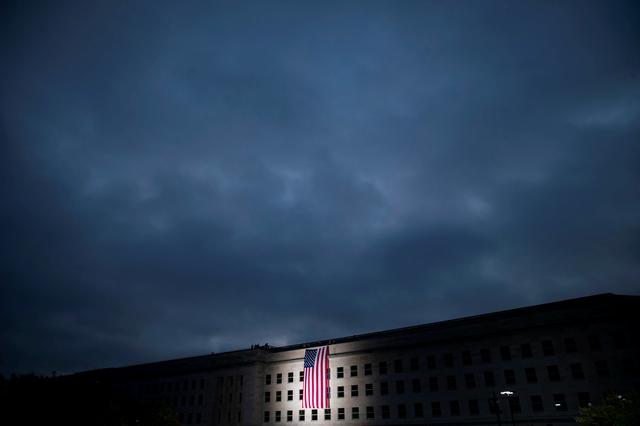 The U.S. flag is unfurled at sunrise as part of the 18th annual September 11 observance ceremony at the Pentagon in Arlington, Virginia. REUTERS/Al Drago 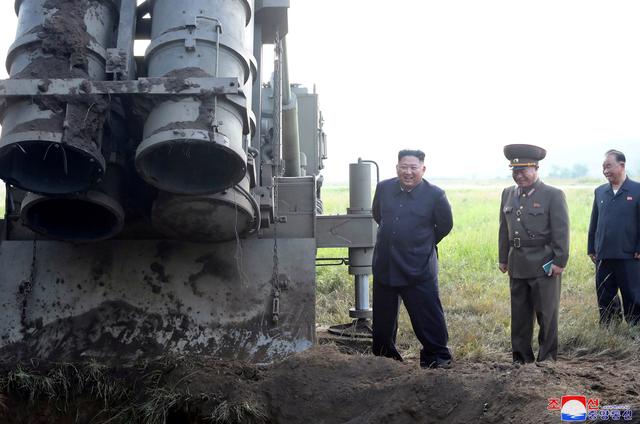 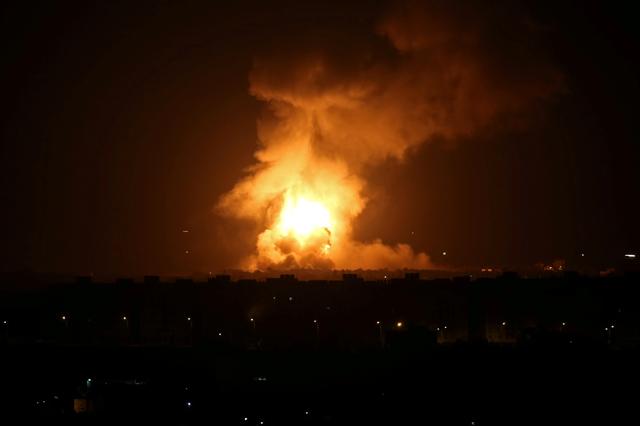 Flame and smoke are seen during an Israeli air strike in the central Gaza Strip. REUTERS/Ibraheem Abu Mustafa 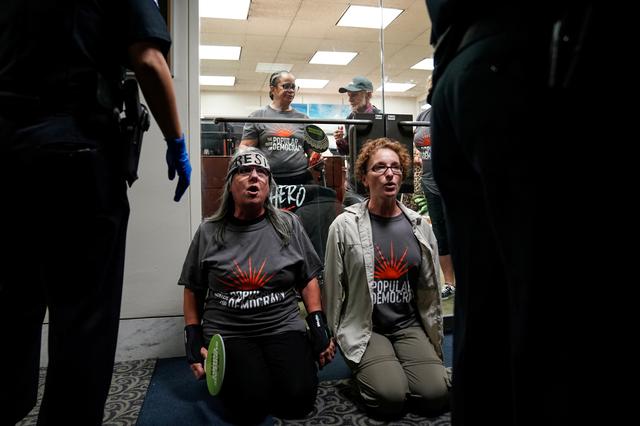 Protesters from the Center for Popular Democracy chant 'we won't back down on Brown' (in reference to the Supreme Court case Brown v Board) as they are detained for demonstrating outside the office of U.S. Sen. Mark Warner in the Hart Senate Office Building on Capitol Hill in Washington. REUTERS/Sarah Silbiger 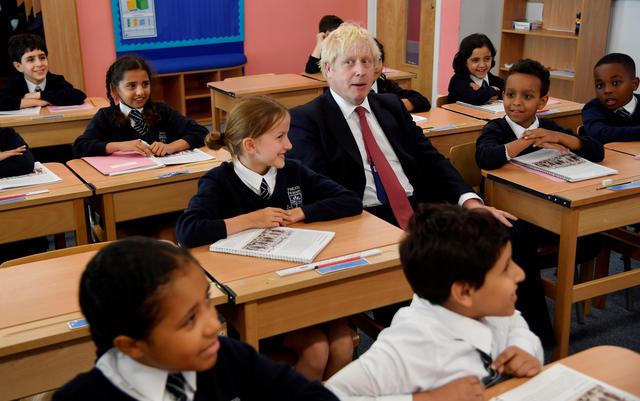 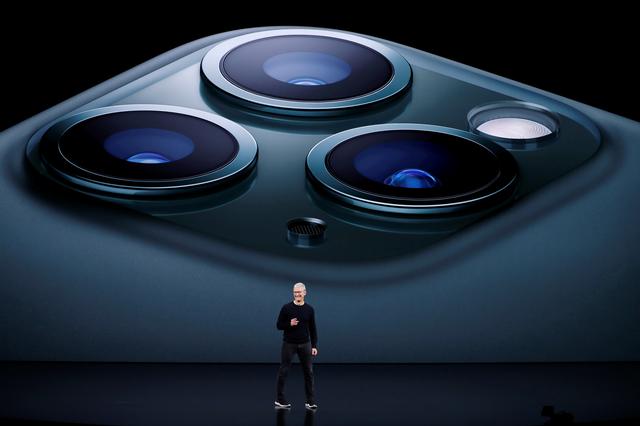 CEO Tim Cook presents the new iPhone 11 Pro at an Apple event at their headquarters in Cupertino, California. REUTERS/Stephen Lam 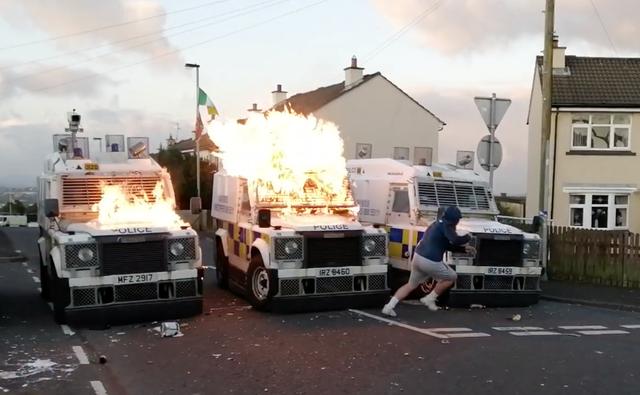 A person runs after throwing a petrol bomb at PSNI vehicles, after a security alert was upturned due to a suspicious package found in Creggan Heights, Derry, Northern Ireland. Derry Footage via REUTERS 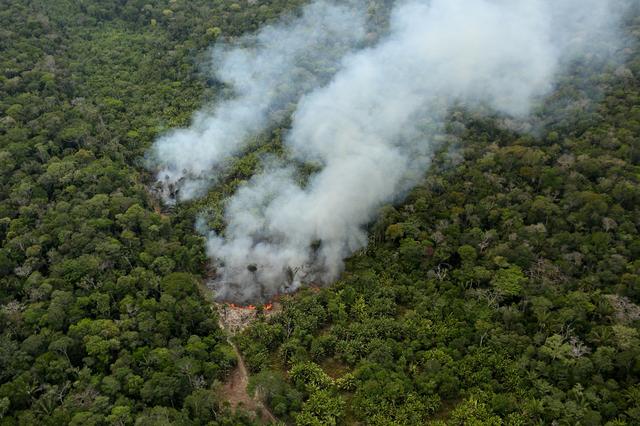 An aerial view shows a fire in an area of the Amazon rainforest near Porto Velho, Rondonia State, Brazil. REUTERS/Bruno Kelly 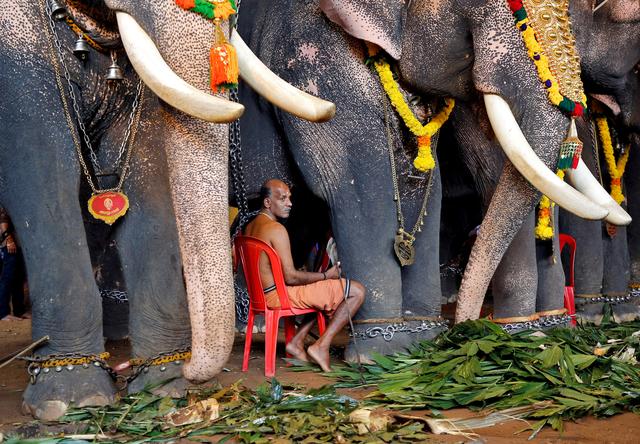 A mahout sits between elephants which are participating in festivities marking the annual harvest festival of Onam at a temple on the outskirts of Kochi, India. REUTERS/Sivaram V T 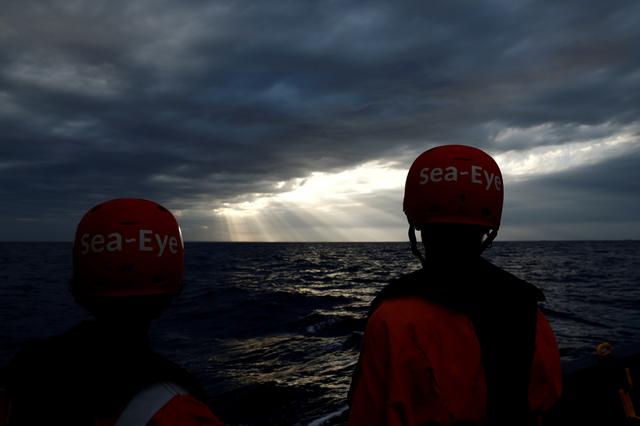 Crew members on the German NGO Sea-Eye migrant rescue ship 'Alan Kurdi' wait for Tunisian migrants to disembark to be transferred to Malta, in international waters off Malta in the central Mediterranean Sea. REUTERS/Darrin Zammit Lupi 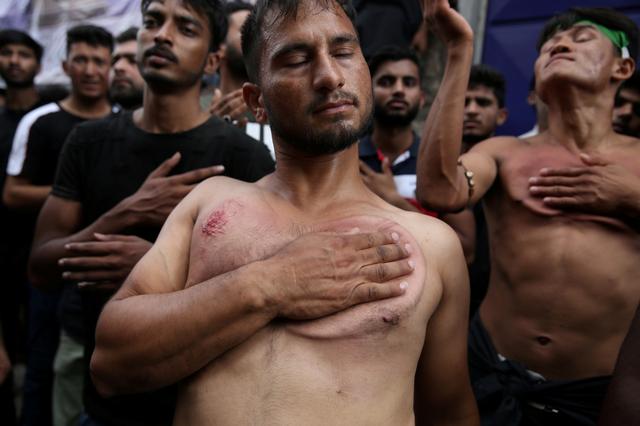 Shi'ite Muslims living in Greece flagellate themselves during a Muharram procession to mark Ashura in Piraeus, near Athens, Greece. REUTERS/Costas Baltas 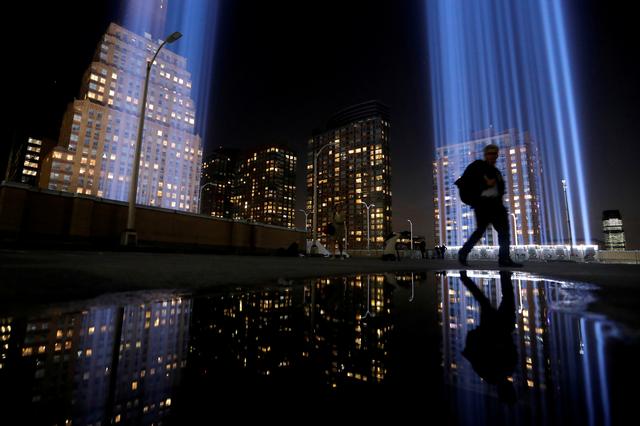 A man walks by the Tribute in Light, lit to commemorate the anniversary of September 11, 2001 attacks in New York City. REUTERS/Andrew Kelly 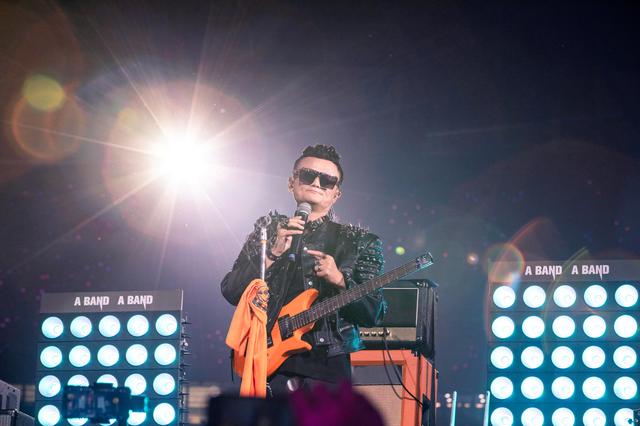 Jack Ma performs onstage during Alibaba's 20th anniversary party as the co-founder of the Chinese e-commerce giant steps down from his role as the company's chairman, at a stadium in Hangzhou, China. REUTERS/Stringer 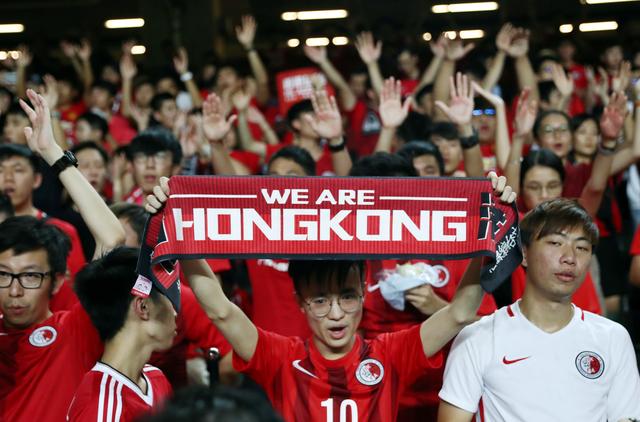 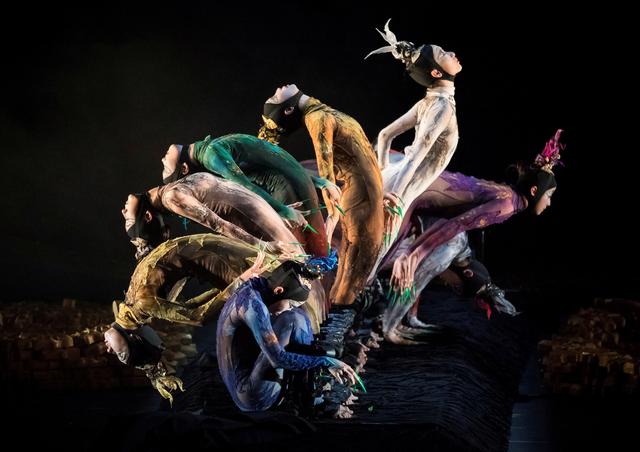 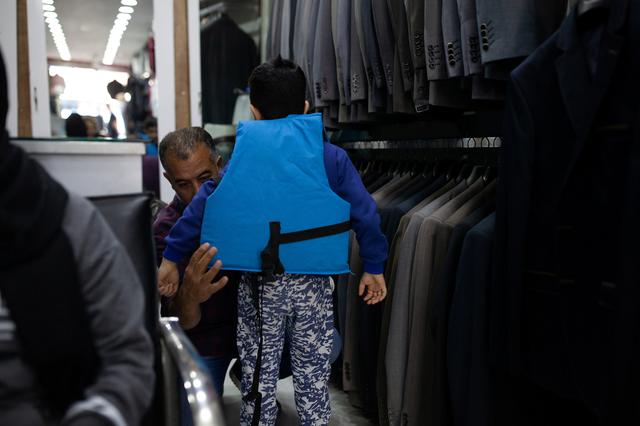 Hanin's father Zuher, a Palestinian-Syrian refugee, fits his son Osama, 8, with a life jacket, preparing to travel to the Greek Islands on a dinghy, in Izmir, Turkey, October 17, 2018. The smuggler didn't call that night but he later got in touch and took the family on a dinghy late October. They were found by Turkish coast guard 20 minutes away from the border guard. They were driven to jail and held for three days. REUTERS/Ekaterina Anchevskaya 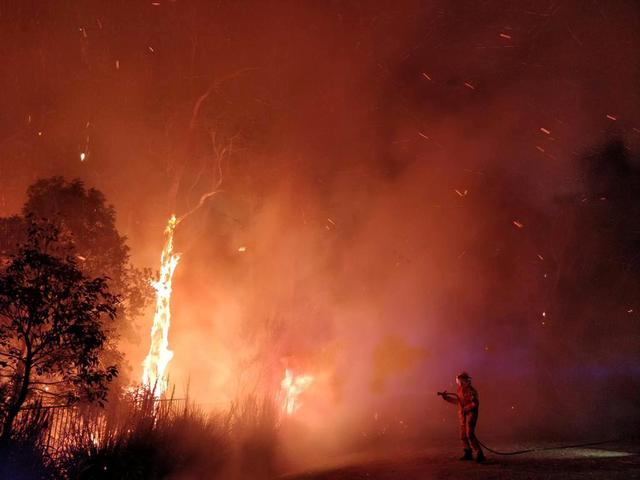 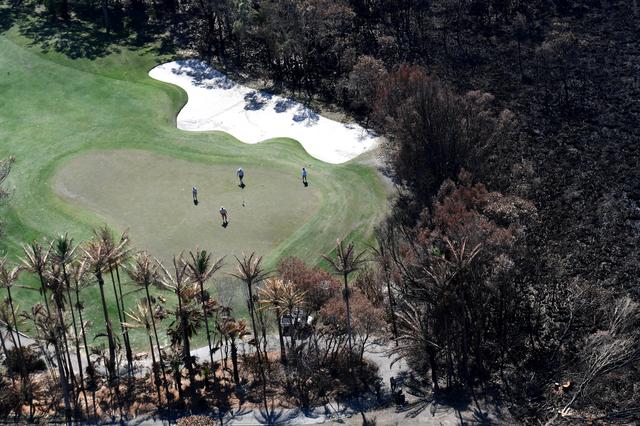 Golfers are seen on the green next to a bushfire-damaged area in Peregian Springs on the Sunshine Coast, Australia. AAP Image/Dan Peled 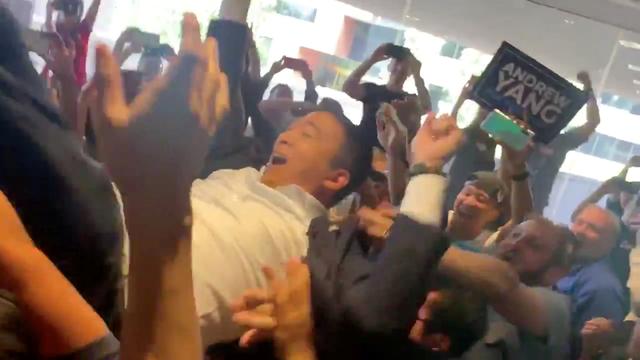 U.S. Democratic presidential candidate Andrew Yang is seen crowdsurfing as he is carried by supporters and campaign staff at the AAPI Victory Fund event in Costa Mesa, California. BECKY BAKER /via REUTERS 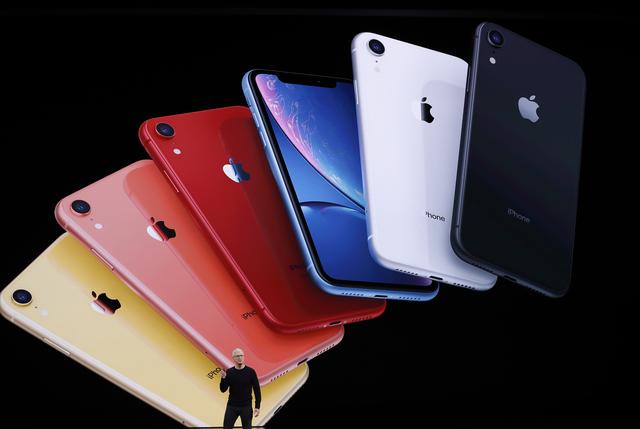 CEO Tim Cook presents the new iPhone 11 at an Apple event at their headquarters in Cupertino, California. REUTERS/Stephen Lam 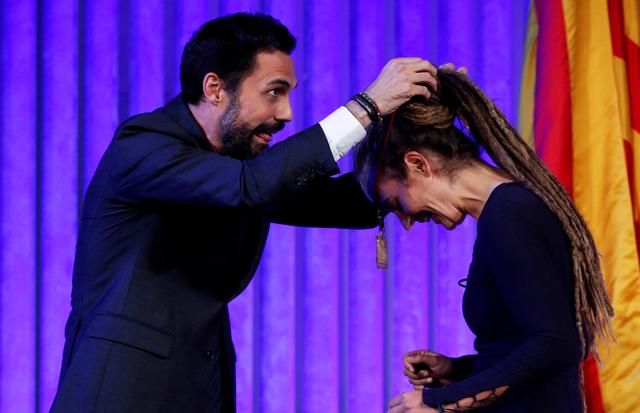 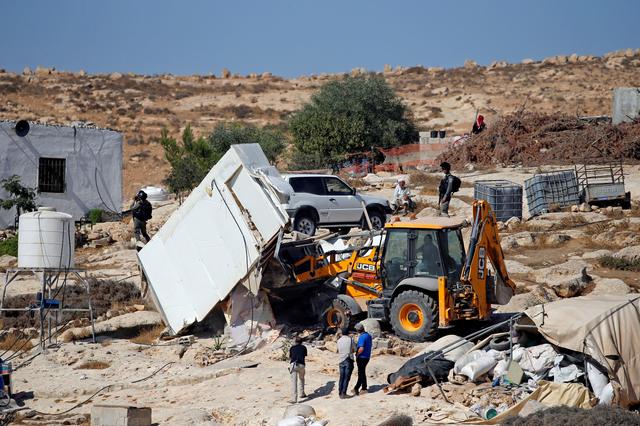 An Israeli machinery demolishes a Palestinian structure near Yatta in the Israeli-occupied West Bank. REUTERS/Mussa Qawasma 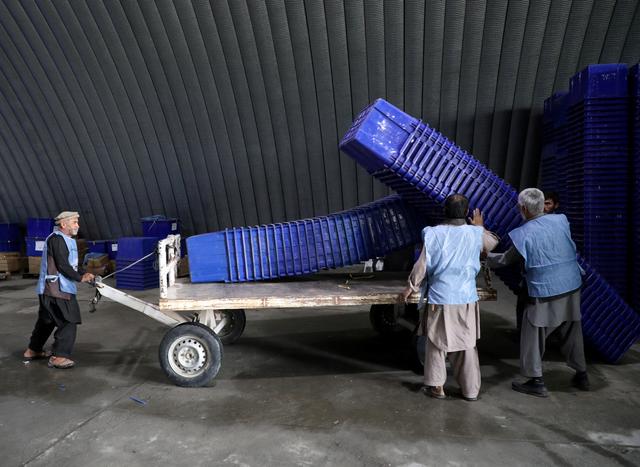 Afghan election commission workers prepare ballot boxes and election materials to send to the provinces, for the upcoming presidential election at the warehouse in Kabul, Afghanistan. REUTERS/Omar Sobhani 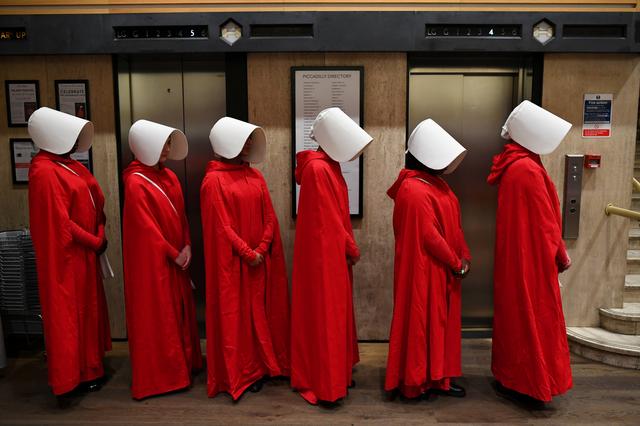 People dressed up as characters from Margaret Atwood's 'The Handmaid's Tale' line up to get a copy of her new novel 'The Testaments' at Waterstones bookshop in London, Britain. REUTERS/Dylan Martinez