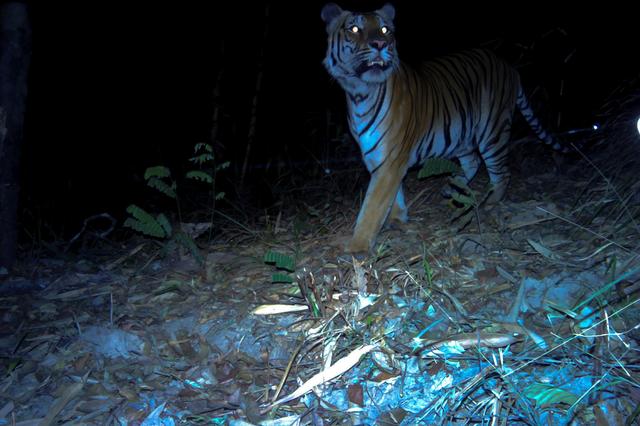 A tiger is pictured from a camera trap from the western forest of Thailand, in this undated photo obtained July 28, 2020. DNP-Panthera-ZSL-USFWS-AsECF-RCU Handout via REUTERS 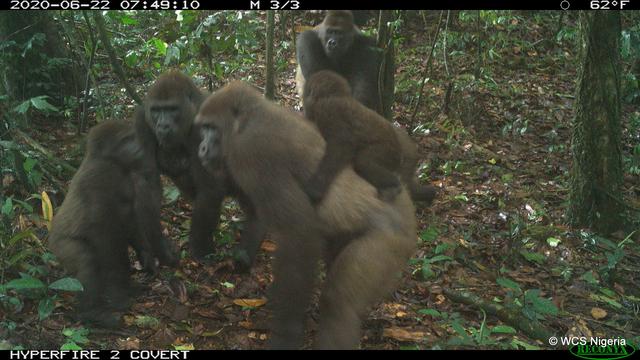 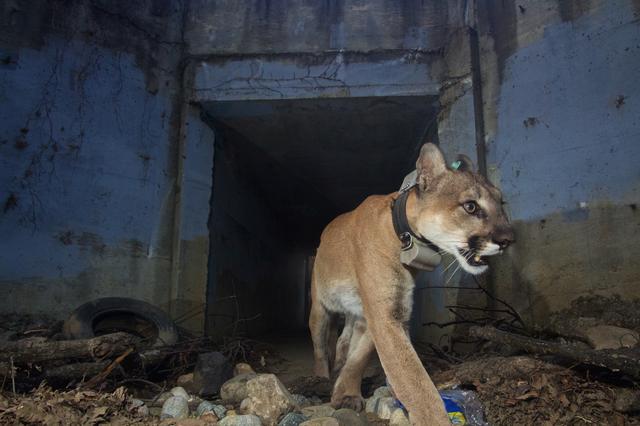 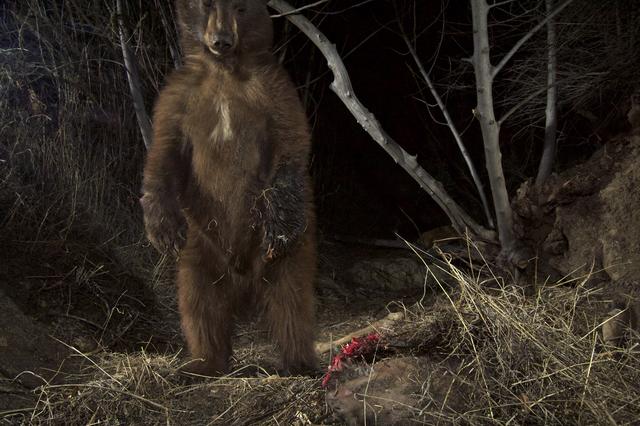 A black bear is shown near a kill made by a mountain lion known as P-35 in the Santa Susana Mountains in southern California December 7, 2015. REUTERS/Jeff Sikich/National Parks Service 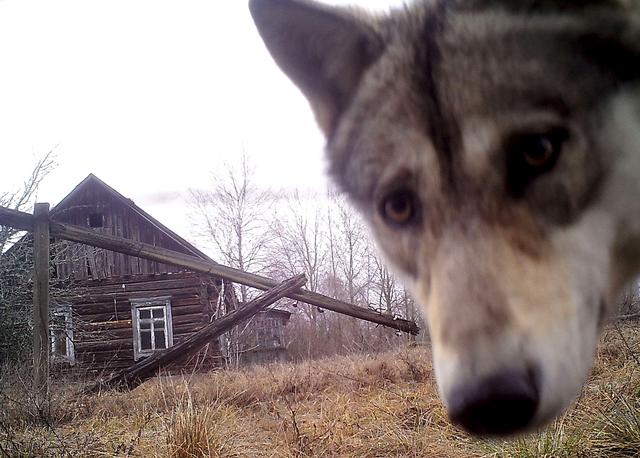 A wolf looks into a trail camera at the 19-mile (30-km) exclusion zone around the Chernobyl nuclear reactor in the abandoned village of Orevichi, Belarus, March 2, 2016. REUTERS/Vasily Fedosenko 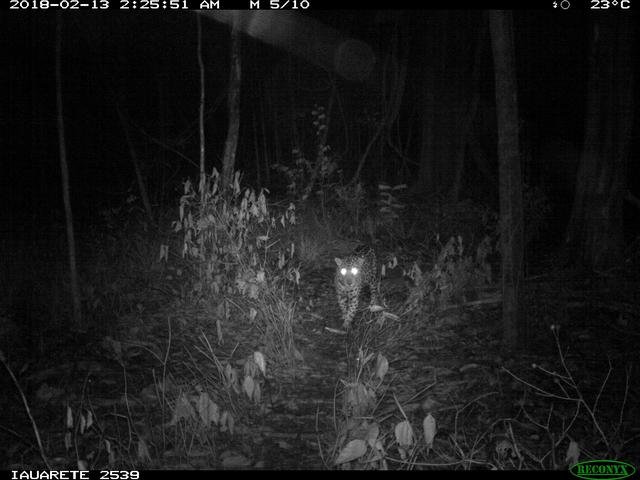 A camera installed in a trap captures a glimpse of a jaguar at the Mamiraua Sustainable Development Reserve in Uarini, Amazonas state, Brazil, February 13, 2018. Mamiraua Institute/Handout via REUTERS 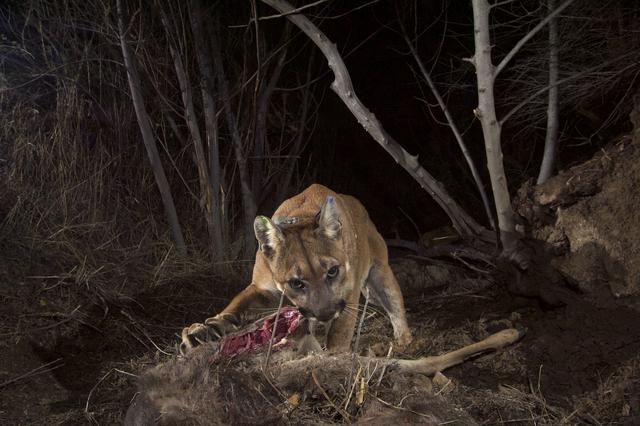 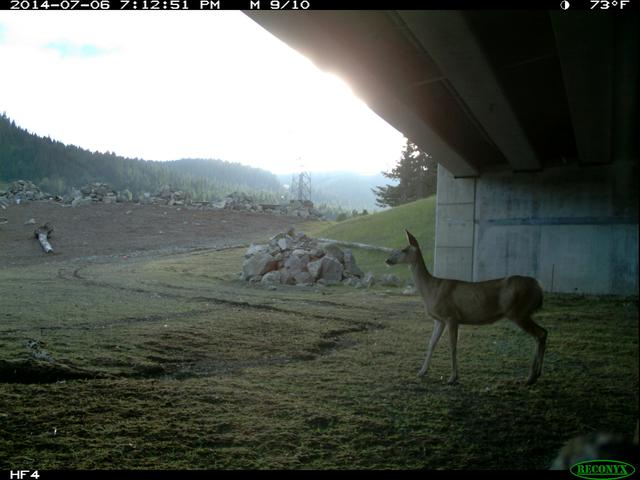 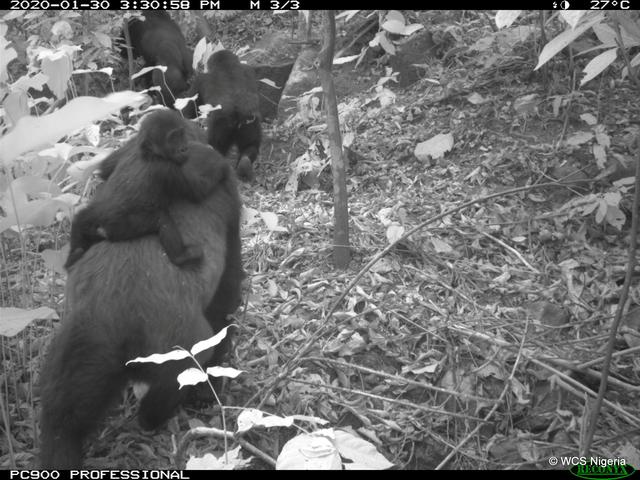 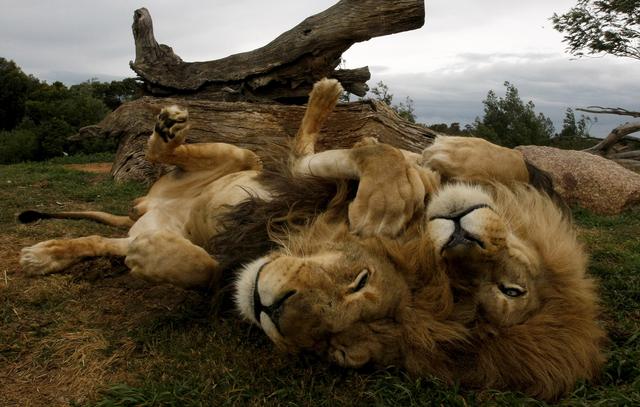 Twelve-year-old male lion brothers Tonyi (L) and Tombo lie with each other at Werribee Open Range Zoo, west of Melbourne, Australia, September 15, 2008, in these photographs taken by a camera in a hide and triggered remotely. REUTERS/Mick Tsikas 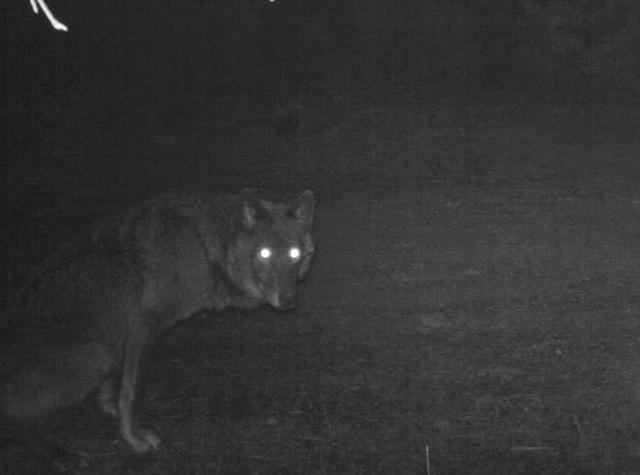 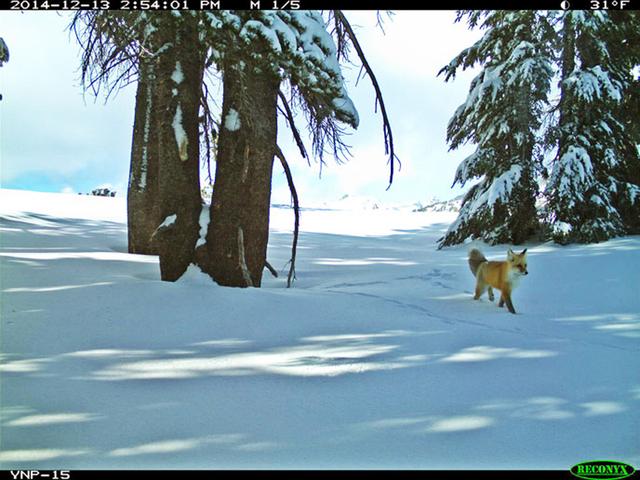 A Sierra Nevada red fox is captured by a remote motion-sensitive camera in Yosemite National Park in California, January 29, 2015, the first sighting in the park of one of the rarest mammals in North America, thought to number only 50 on the continent. REUTERS/National Park Service/Handout 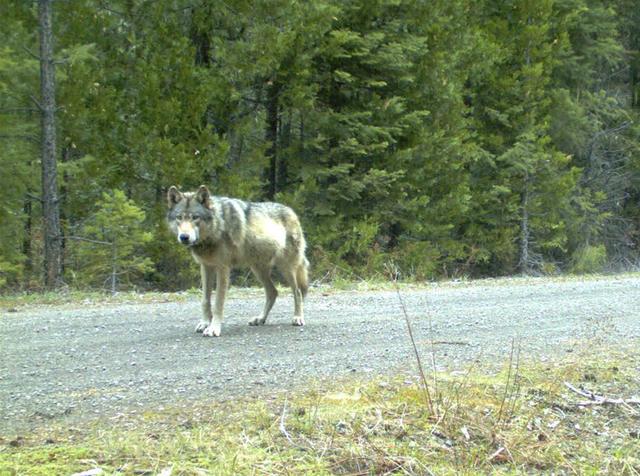 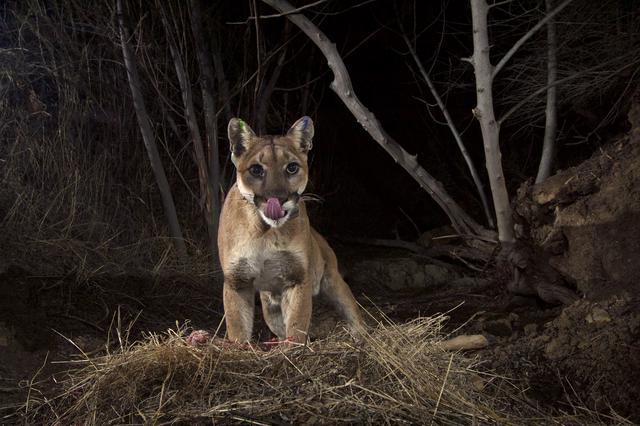 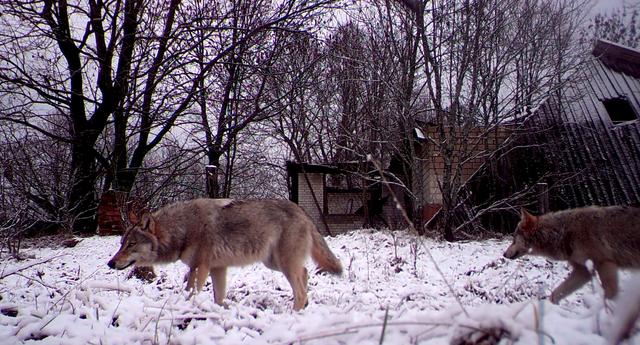 Wolves are seen from a trail camera walking in the 19-mile (30-km) exclusion zone around the Chernobyl nuclear reactor in the abandoned village of Orevichi, Belarus, February 25, 2016. REUTERS/Vasily Fedosenko 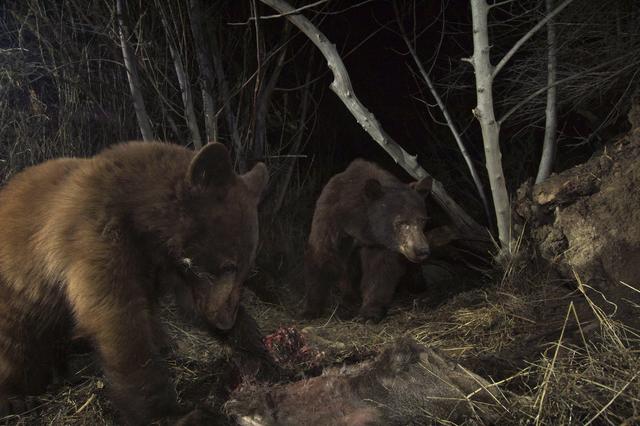 A black bear and its cub are shown near a kill made by a mountain lion known as P-35 in the Santa Susana Mountains in southern California, December 7, 2015. REUTERS/Jeff Sikich/National Parks Service 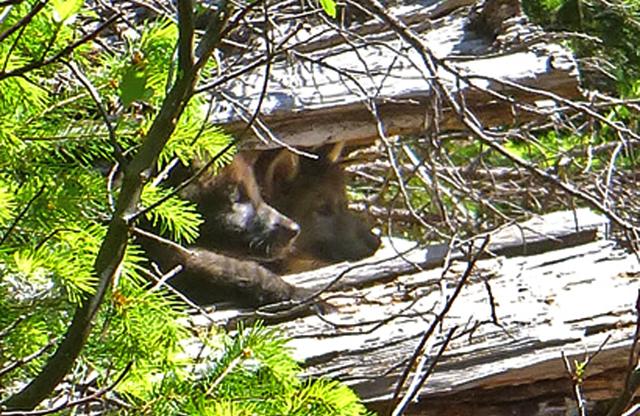 Two of wolf OR 7's pups peek out from a log on the Rogue River-Siskiyou National Forest, June 2, 2014. The gray wolf, dubbed OR 7, became well known when he traipsed into California in December 2011, making him the first known wild wolf in the state since 1924. He traveled more than any of the seven wolves collared, making him a celebrity and the focus of a documentary being made to track his progress, Wolf OR 7 Expedition. REUTERS/Oregon Fish & Wildlife/Handout via Reuters 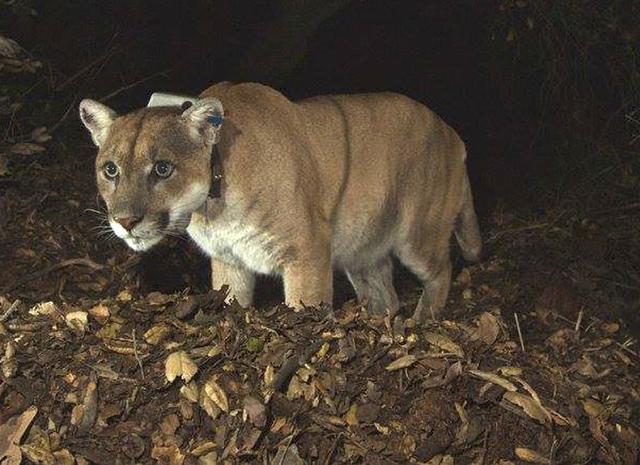 The Griffith Park mountain lion known as P-22 is shown in this remote camera image set up on a fresh deer kill in Griffith Park, November 2014. REUTERS/National Park Service 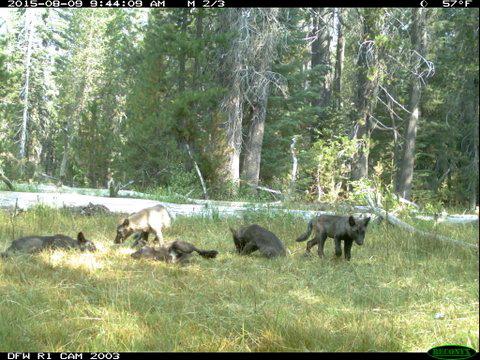 A wolf pack, California's first gray wolf pack since wild wolves disappeared from the state nearly a century ago, is captured on a trail camera near Mt. Shasta in Siskiyou County, California, August 9, 2015. REUTERS/California Department of Fish and Wildlife