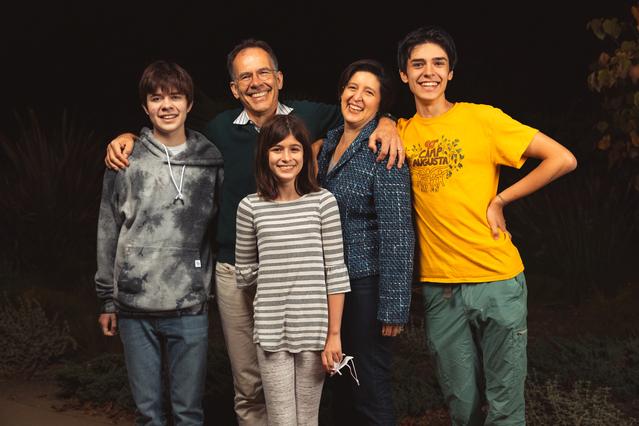 Stanford University economist Guido Imbens, who won the 2021 Nobel Prize for Economics, poses with his family at their home in the Bay Area of California. Economists David Card, Joshua Angrist and Imbens won the prize for pioneering "natural experiments" to show real-world economic impacts in areas from minimum wage increases in the U.S. fast-food sector to migration from Castro-era Cuba. Andrew Brodhead/Stanford University 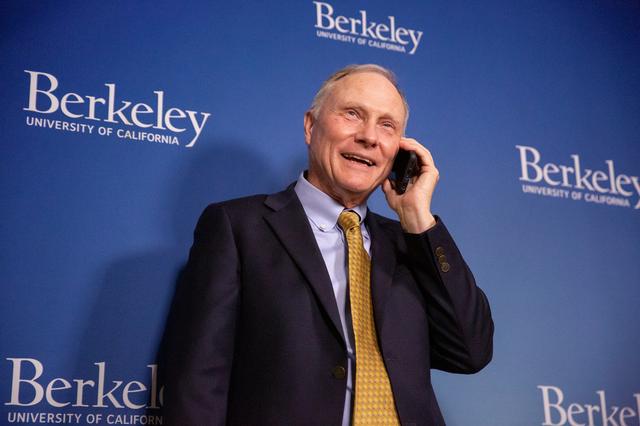 One experiment by Card, 65, on the impact on the fast-food sector of a minimum wage increase in the U.S. state of New Jersey in the early 1990s upended conventional wisdom in economics that such increases should always lead to job losses. Brittany Hosea-Small/UC Berkeley 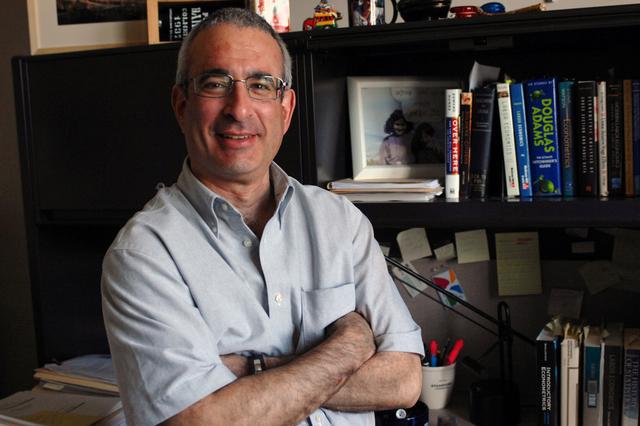 At an online briefing arranged by MIT, Angrist described a recent project on the hot-button issue of access to elite public schools in which he and fellow researchers found that the reason graduates of those schools tend to do well has more to do with selective admissions than with education. “So essentially we're arguing that access to that type of school should not be at the top of the list of the policy concerns for somebody who wants to improve public education,” he said in an online briefing arranged MIT. Angrist, 61, said he missed the Nobel committee’s phone call and had to get the number from another Nobel laureate. “Initially, they didn't take my call,” he said. “Eventually I found the right person.”  MIT Department of Economics/via REUTERS 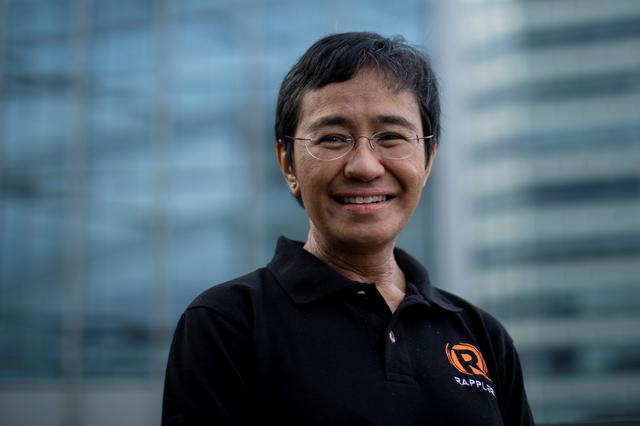 Filipino journalist and Nobel Peace Prize winner Maria Ressa sits by the desk at her home in Manila, Philippines. Ressa and Dmitry Muratov, who braved the wrath of the leaders of the Philippines and Russia to expose corruption and misrule, won the Nobel Peace Prize on Friday, in an endorsement of free speech under fire worldwide. REUTERS/Eloisa Lopez 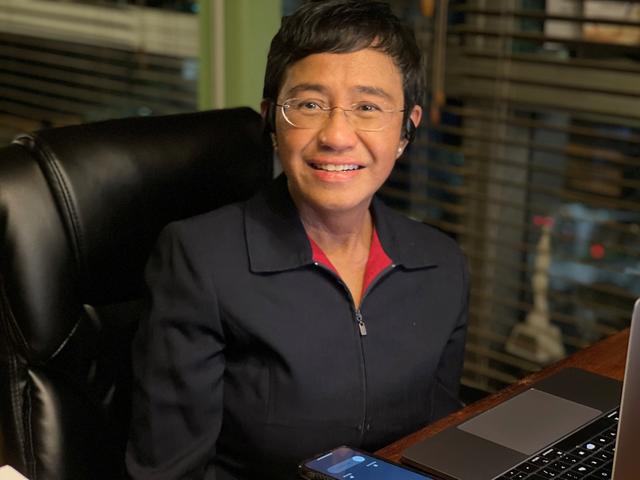 Filipino journalist and Nobel Peace Prize winner Maria Ressa sits by the desk at her home in Manila, Philippines. Ressa and Dmitry Muratov, who braved the wrath of the leaders of the Philippines and Russia to expose corruption and misrule, won the Nobel Peace Prize on Friday, in an endorsement of free speech under fire worldwide. Rappler/via REUTERS 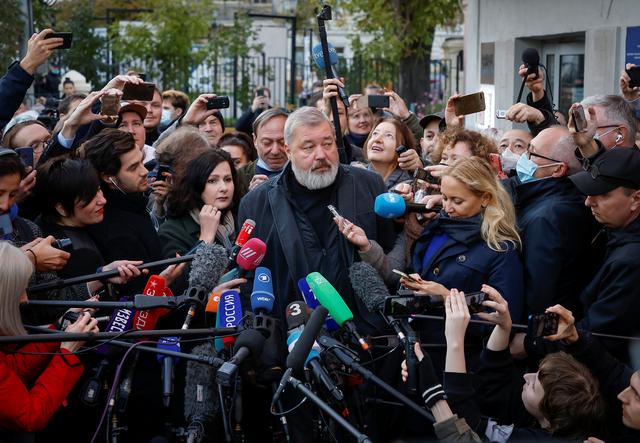 Novaya Gazeta's editor-in-chief Dmitry Muratov speaks with journalists in Moscow after learning he won the Nobel Prize. Muratov dedicated his award to six contributors to his Novaya Gazeta newspaper who had been murdered for their work exposing human rights violations and corruption.   REUTERS/Maxim Shemetov 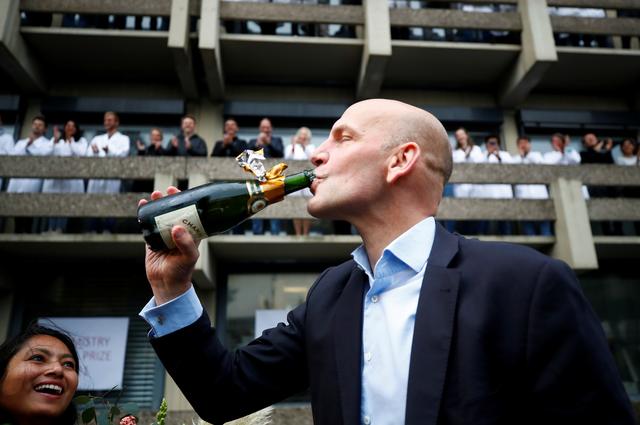 German scientist Benjamin List, who shares the 2021 Nobel Prize in Chemistry together with David MacMillan for the development of asymmetric organocatalysis, celebrates with well-wishers at the Max-Planck-Institute for Coal Research in Muelheim an der Ruhr, Germany. REUTERS/Wolfgang Rattay 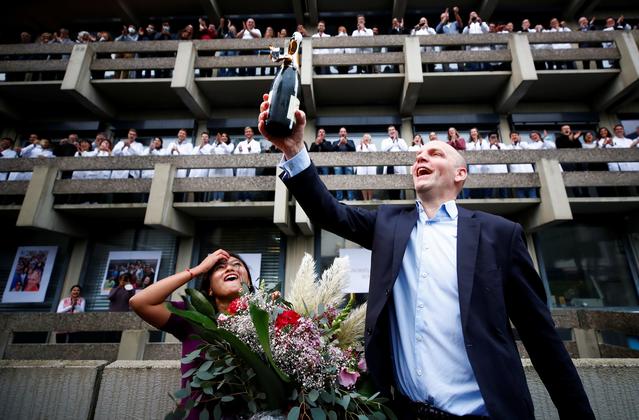 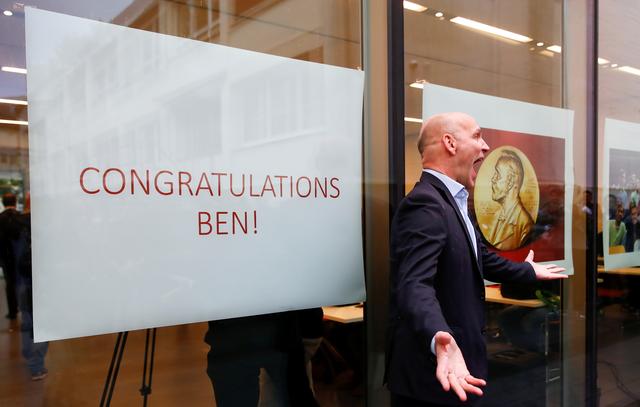 List, 53, said the academy caught up with him while on vacation in Amsterdam with his wife, who in the past had liked to joke that somebody might be calling him from Sweden. "But today we didn’t even make the joke and certainly didn’t anticipate this - and then Sweden appears on my phone... it was a very special moment that I will never forget," he said, dialling into the media briefing announcing the winners. REUTERS/Wolfgang Rattay 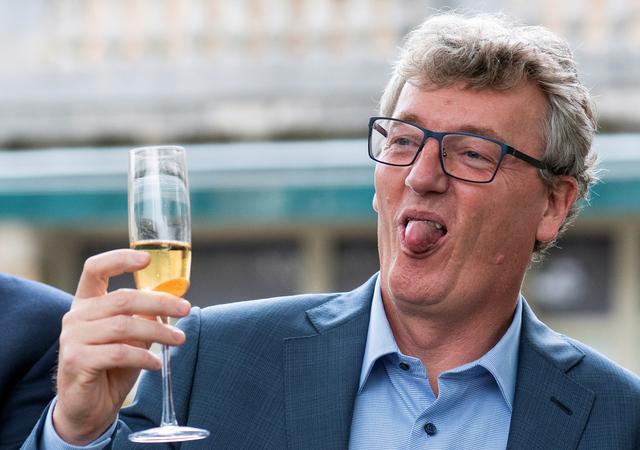 "I would say I am dazed and confused," said Scottish-born Princeton University professor David W.C. MacMillan. "I was just incredibly excited." The son of a steelworker, he added. "A bunch of my friends were contacting me asking me if I want to go to Vegas with them. Maybe I'll sort of pass on that, at least for a week."  REUTERS/Eduardo Munoz 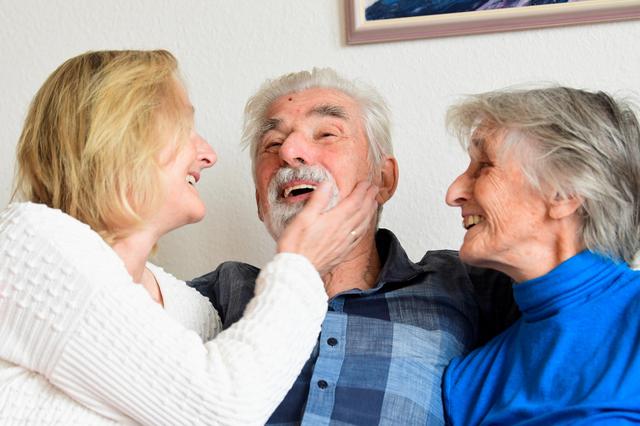 Klaus Hasselmann celebrates with his wife Susanne and daughter Annette after winning the 2021 Nobel Prize in Physics, at his home in Hamburg, Germany. REUTERS/Fabian Bimmer 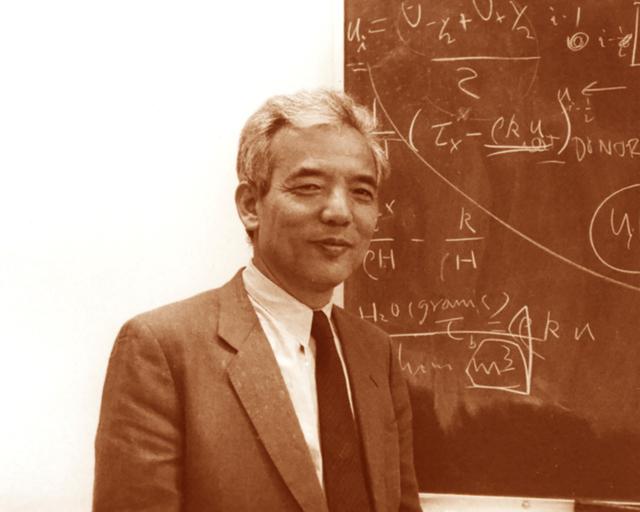 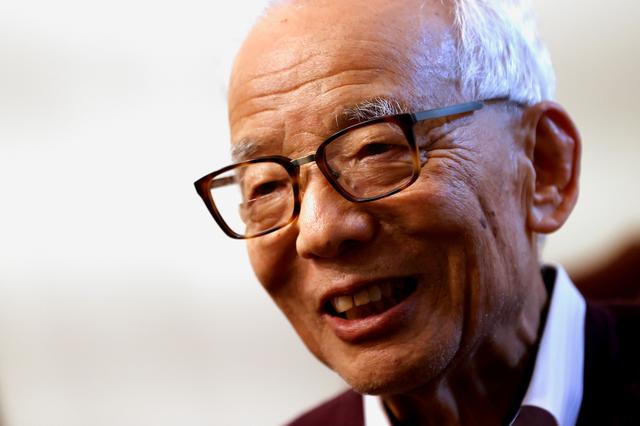 Interviewed by U.S. and Japanese journalists at his home in Princeton, Manabe said he believed his award reflected the Academy’s recognition of climate change, which he said will continue to intensify with more droughts, torrential rains, warming of land masses and melting of polar ice. Asked in English how he would address climate change sceptics, he smiled and replied, “That problem is about a million times more difficult than understanding climate change. It is very mysterious to me.”  REUTERS/Mike Segar 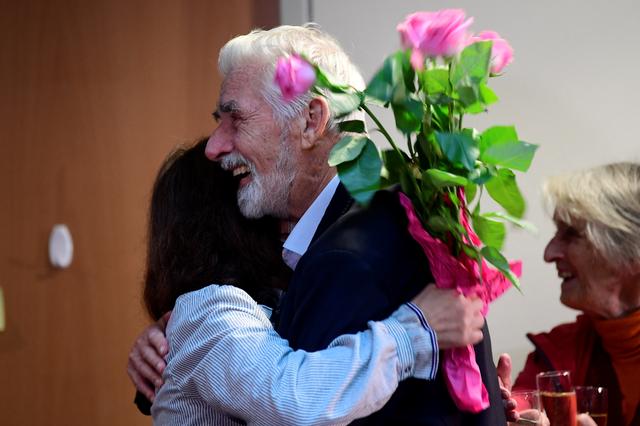 Hasselmann, who is at the Max Planck Institute for Meteorology in Hamburg, told Reuters from his home that he did not want to wake up from what he described as a beautiful dream. "I am retired, you know, and have been a bit lazy lately. I am happy about the honour. The research continues," he said. REUTERS/Fabian Bimmer 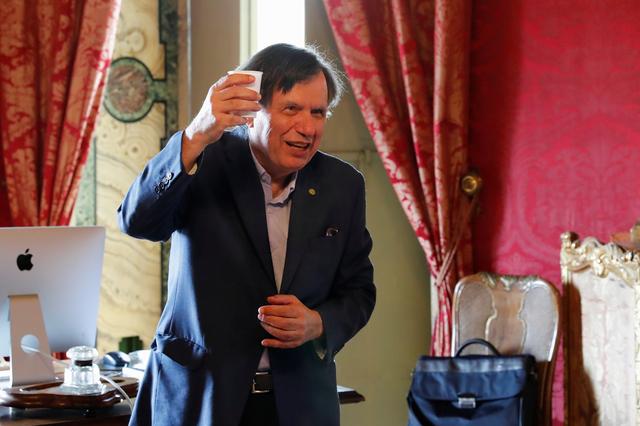 Joint winner of the Nobel Prize for Physics, Italian scientist Giorgio Parisi makes a toast with colleagues in Rome after the announcement. Parisi, who dialled into the media briefing announcing the winners, was asked for his message to world leaders due to meet for U.N. climate change talks in Scotland. REUTERS/Remo Casilli 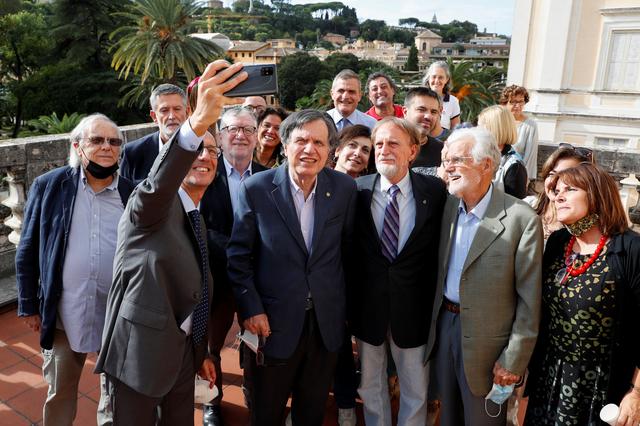 "I think it is very urgent that we take real and very strong decisions and we move at a very strong pace," said the 73-year-old Nobel laureate, who works at Sapienza University of Rome. REUTERS/Remo Casilli 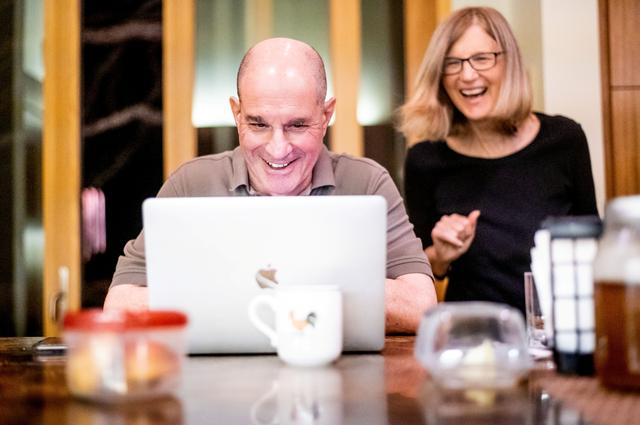 University of California, San Francisco Professor David Julius and his wife field messages after learning that Julius was awarded the Nobel Prize in Physiology or Medicine, in Walnut Creek, California.   UCSF/Noah Berger 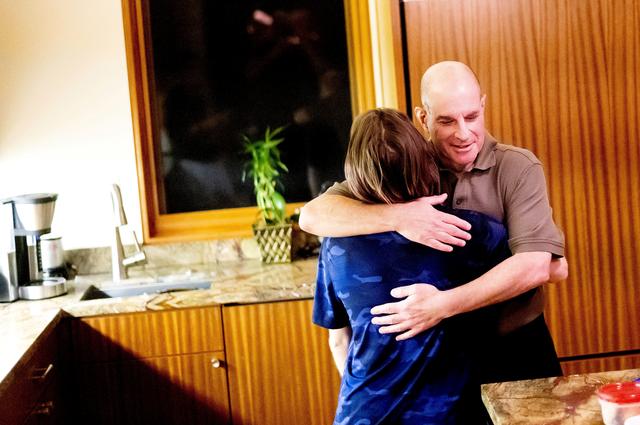 Julius and Ardem Patapoutian won for discoveries of receptors for temperature and touch which the Nobel committee said could pave the way for new pain-killers. UCSF/Noah Berger 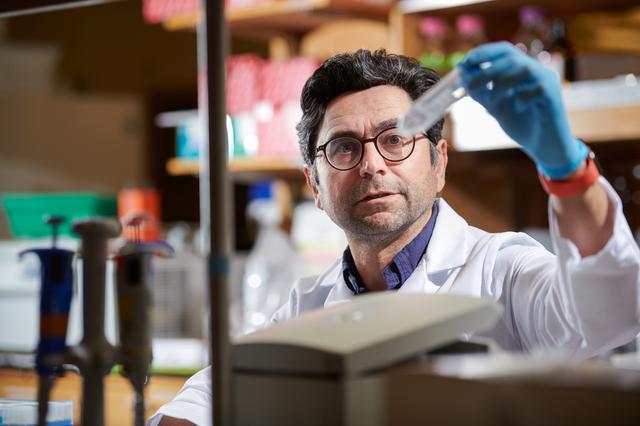 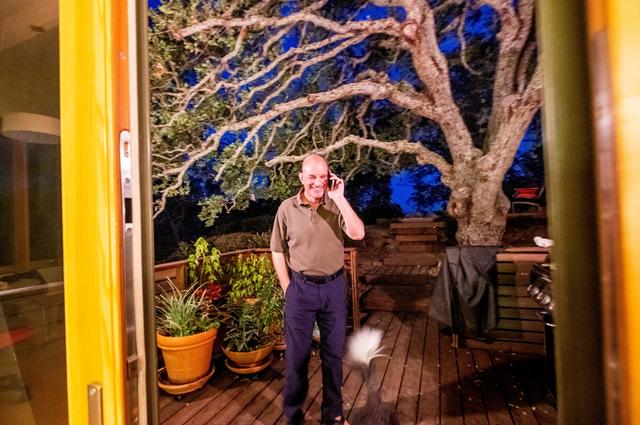 Julius hopes his work will help identify new strategies for treating chronic pain syndromes. "We all know there's a real lack of drugs and approaches to treat chronic pain," Julius said in a 2017 video posted on Youtube by UCSF. "I think we need some new insights and new ideas for treating pain, pharmacologically and other ways, and I think our work will contribute to that." UCSF/Noah Berger 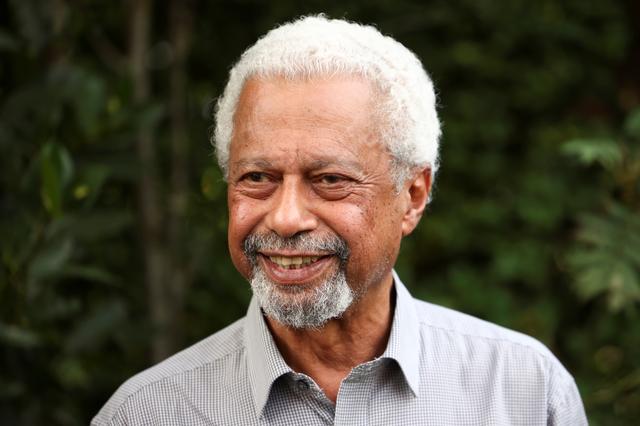 Tanzanian novelist Abdulrazak Gurnah won the Noble Prize in Literature. "I think its just brilliant and wonderful," Gurnah told Reuters when asked how he felt to win the prize. "It's just great - its just a big prize, and such a huge list of wonderful writers - I am still taking it in," he said. "It was such a complete surprise that I really had to wait until I heard it announced before I could believe it." REUTERS/Henry Nicholls